Black N Black is a documentary exploring the relationship between African Americans and African Immigrants to the United States. Although both communities originated from the African continent, their view of each other is often fueled by stereotypes and misconceptions. Their already limited and sometimes fragile connections are further complicated by profound social and historical issues such as their relationships with Whites or the alleged complicity of Africans in the Slave Trade, all of which present challenges to their solidarity. Black N Black highlights these issues in an effort to elevate the communication between the two communities. 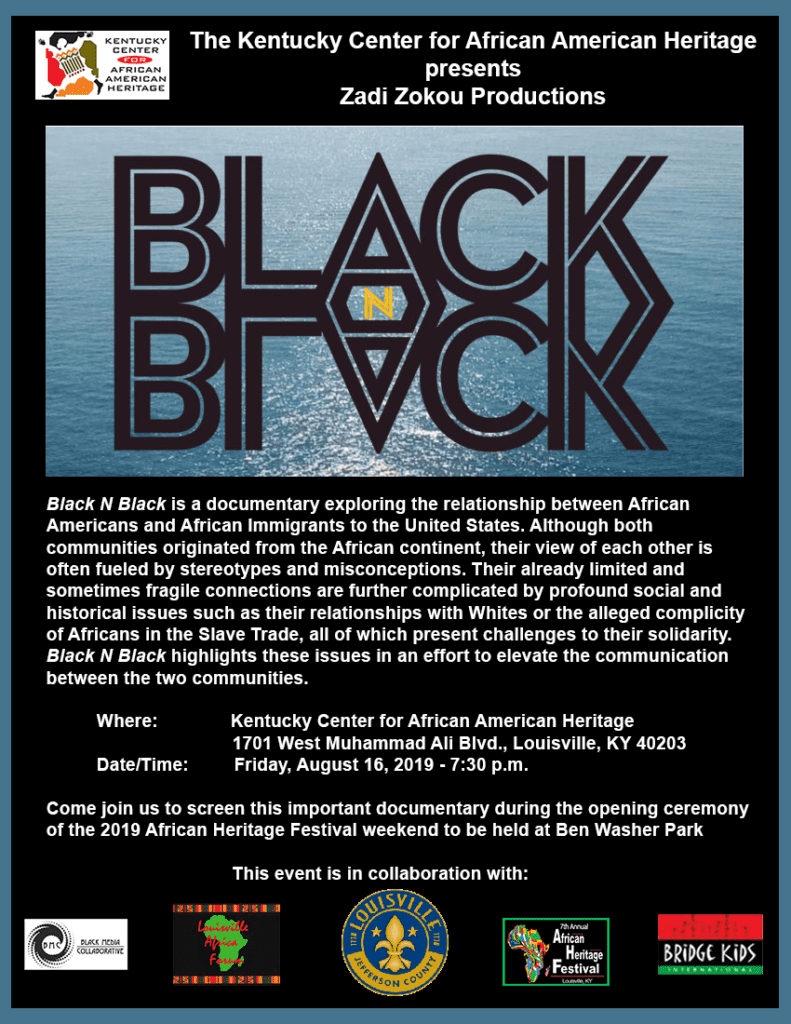 The Voice of the Griot Podcast