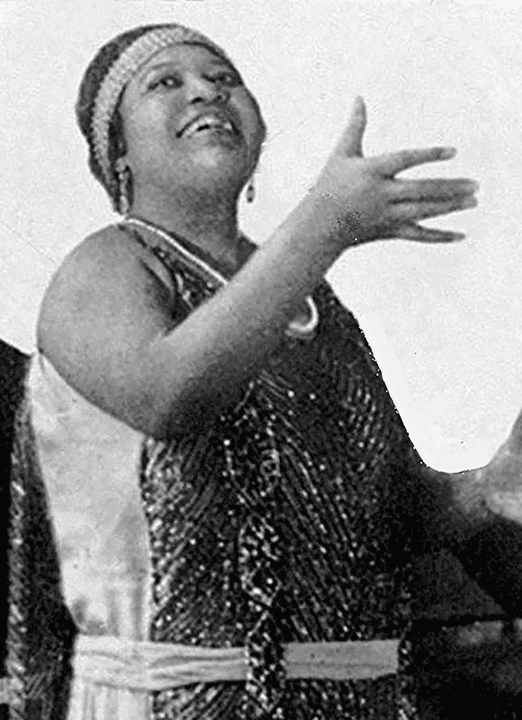 She was one of the most popular blues singers in her time, billed as “The Famous Moanin’ Mama.” Sara made many recordings, including a few under the names Margaret Johnson and Sally Roberts. She began a successful recording career when Okeh Records signed her in 1922.

Sara was among the most-recorded of the classic blues singers. Through the 1920s, she toured and recorded with such performers as Fats Waller, Clarence Williams, King Oliver, and Sylvester Weaver. She was known for her lavish regalia with diamonds in her teeth on stage.

Martin’s stage work in the late 1920s took her to New York, Detroit, and Pittsburgh and Cuba, Jamaica, and Puerto Rico. She made one film appearance, performed with Thomas A. Dorsey as a gospel singer in 1932. Sara retired from singing the blues in the 1930s and returned to Louisville, where she opened a nursing home and sang in the local church gospel choir.