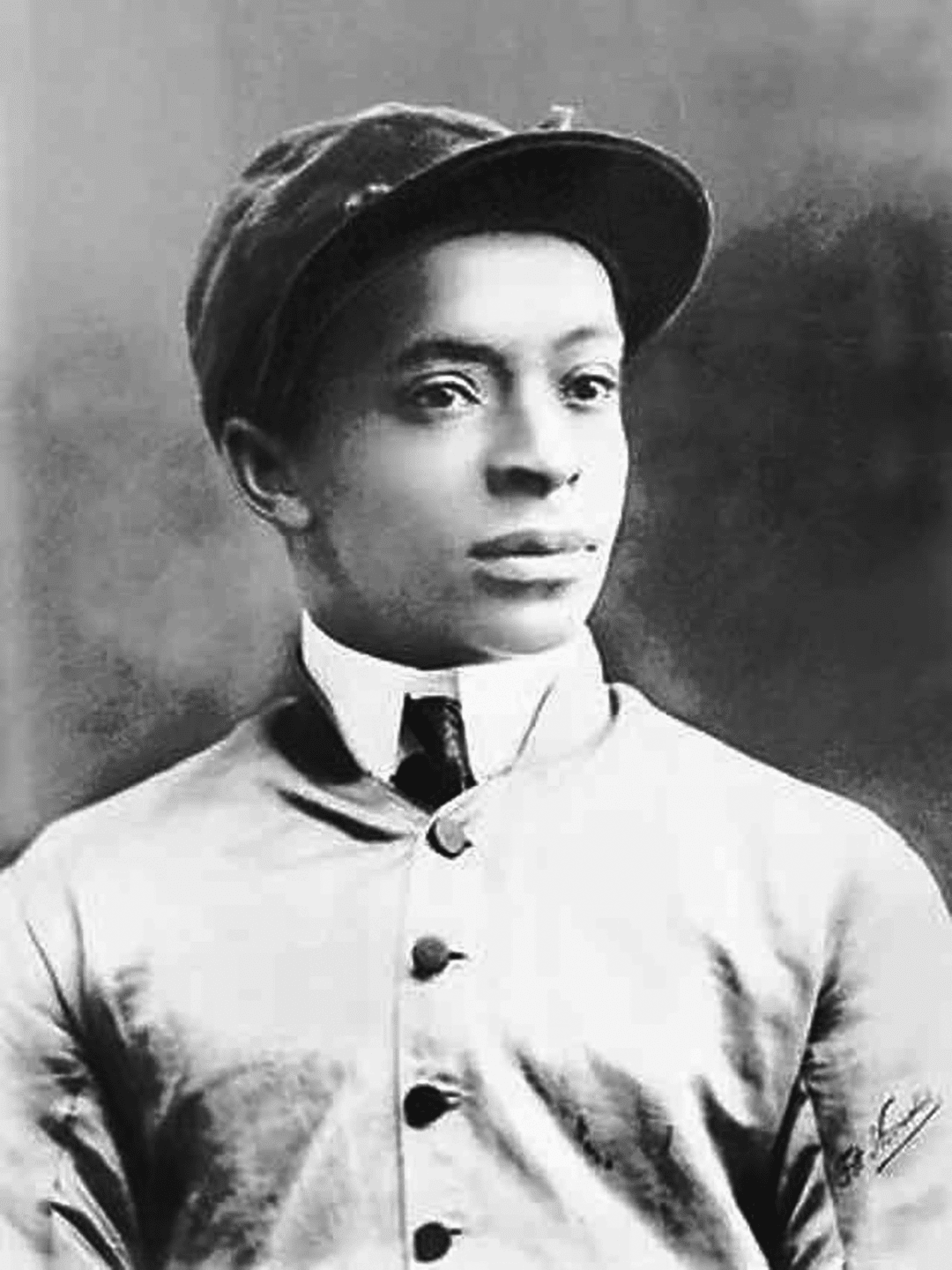 James “Wink” Winkfield (1880–1974) was born in Chilesburg, Kentucky. He was the youngest of 17 children in a family of sharecroppers who dreamed of becoming a jockey and following in the footsteps of prominent black riders like Isaac Murphy.

Winkfield started as a horse trainer and began his career as a jockey in 1898 at age sixteen. He was one of just five men to win back-to-back Kentucky Derby’s in 1901 and 1902, winning on His Eminence and Alan-a-Dalehe. In the early 1900s, violence by white jockeys and intimidation from the Ku Klux Klan forced Winkfield to move to Russia in 1903.

In 1917, he moved to France, where he resumed racing, winning numerous races, including the Prix du Président de la République, Grand Prix de Deauville, and the Prix Eugène Adam. He retired as a jockey at age fifty, having won over 2,500 races.

While being treated with respect in Europe, segregation still ruled American society. When Winkfield was invited to attend a reception at the Brown Hotel in Louisville in 1961, he could not enter by the front door. In 2004 he was inducted posthumously into the National Museum of Racing and Hall of Fame.