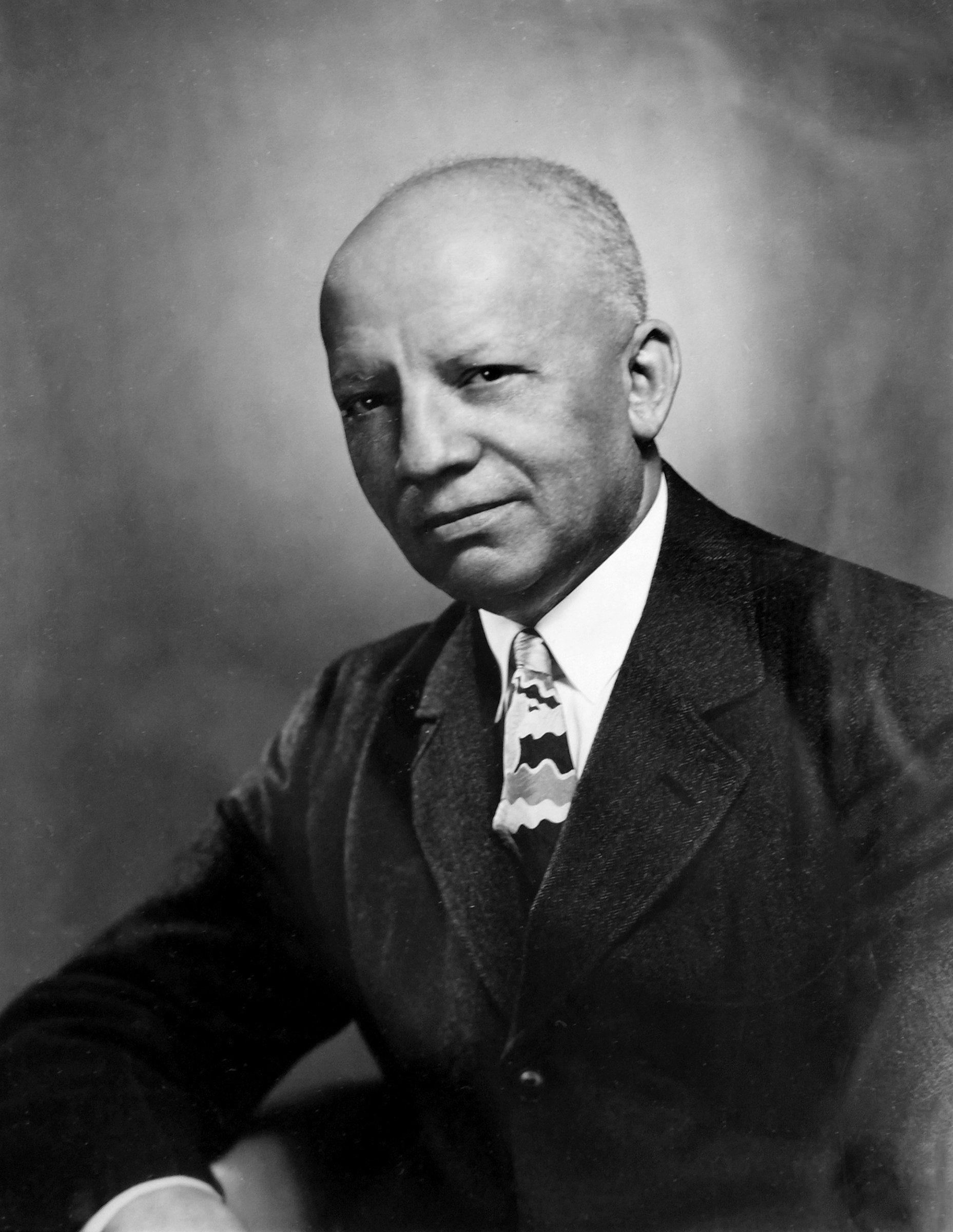 Carter Godwin Woodson is known as the Father of African American History. Woodson was born in New Canton, Virginia, and was the son of enslaved parents.

As a young man, he worked in the coal mines and devoted only a few months a year to school. In 1895, at age 20, Woodson entered a West Virginia high school earning his diploma in less than two years. In 1903, he earned a bachelor’s degree in Literature with honors from Berea College.