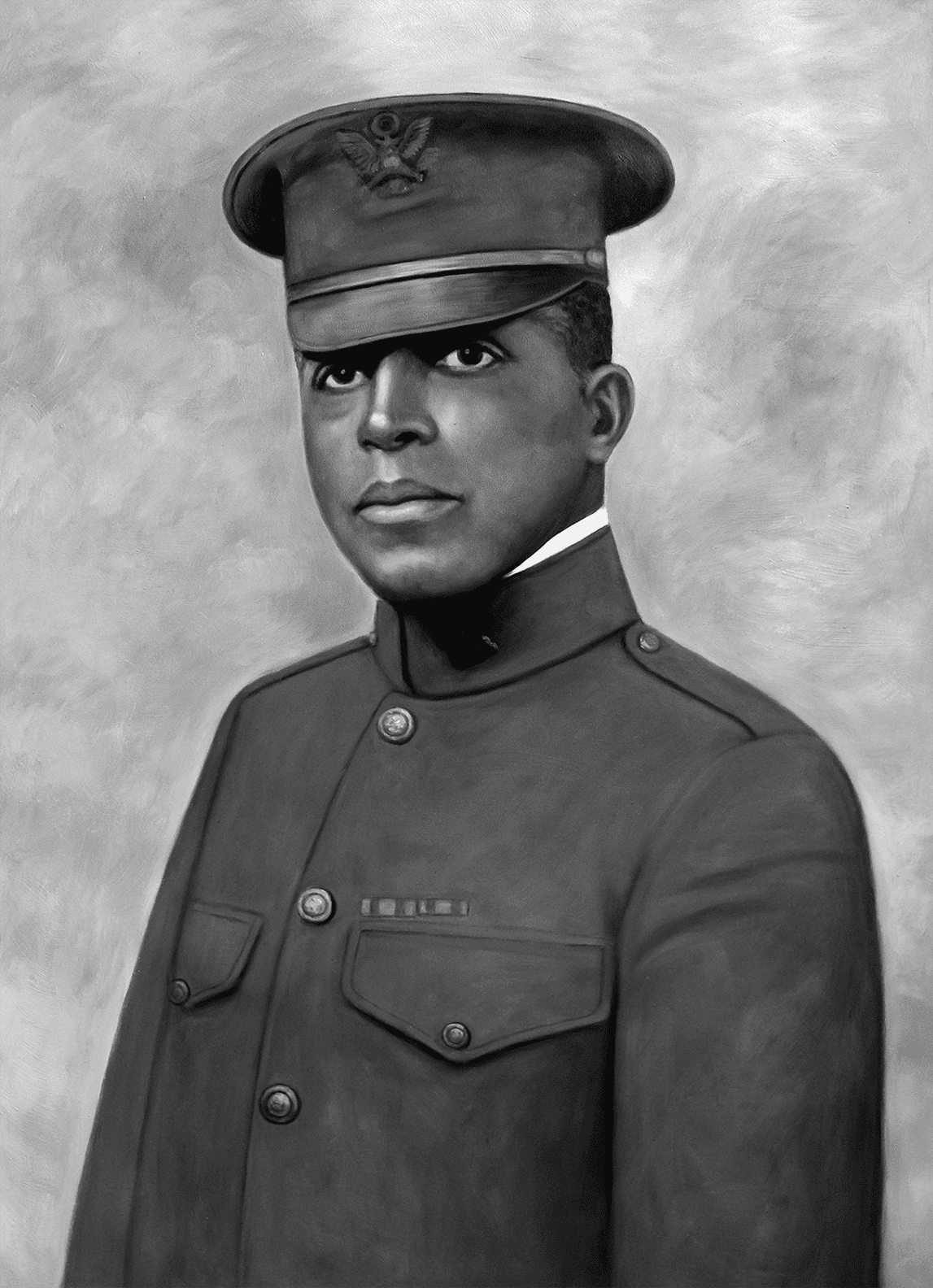 Charles Young was born in 1864 into slavery to Gabriel Young and Arminta Bruen in Mays Lick, near Maysville, Kentucky. However, his father escaped from slavery early in 1865, crossing the Ohio River to Ripley, Ohio, and enlisting in the Fifth Regiment of Colored Heavy Artillery near the end of the American Civil War. His service earned Gabriel and his wife their freedom, which was guaranteed by the 13th Amendment after the war.

Later in his life, he returned to his educator roots and taught Latin, Greek, French, Spanish and German as well as Military Science at Wilberforce University in Ohio. Charles Young was promoted posthumously to Brigadier General on February 11, 2020, by Kentucky Governor Andy Beshear. General Charles Young was buried at Arlington National Cemetery.

Charles Young was born to enslaved parents Gabriel and Arminta Young in Mayslick, Kentucky on March 12, 1864. Young graduated from high school in Ripley, Ohio in 1881 at the top of his class at the young age of 16. , and taught school in Ripley 1881-84. After graduation, Charles became a teacher and went and taught at an all-black high school also located in Ripley. Later in his life he returned to his educator roots and taught Latin, Greek, French, Spanish and German as well as Military Science at Wilberforce University in Ohio.

Young entered West Point in 1884 and became only the third African American to graduate from the United States Military Academy in 1889. Newly commissioned Second Lieutenant Young was initially assigned to the Ninth U.S. Cavalry and served at frontier posts at Ft. Robinson, Nebraska and Ft. Duchesne, Utah from 1889-94. Young served as Professor of Military Science at Wilberforce University in Wilberforce, Ohio, on detached duty 1894-98; while there he was promoted to First Lieutenant in 1896. In 1898 during the Spanish-American War, Young was appointed Major, U.S. Volunteers, in the Ohio National Guard to command its Ninth Infantry Battalion, but his unit was not sent overseas.

Colonel Young master several languages, as well as played and composed music for piano, violin and guitar. He was a proficient visual artist and was considered a master of map making. His friends were some of the most educated and gifted black men of the day. They included W.E.B. Du Bois, who started the N.A.A.C.P., scientist Booker T. Washington, and poet/ song lyricist, Paul Lawrence Dunbar.

Colonel Charles Young - The Man, The Mission, The Facts